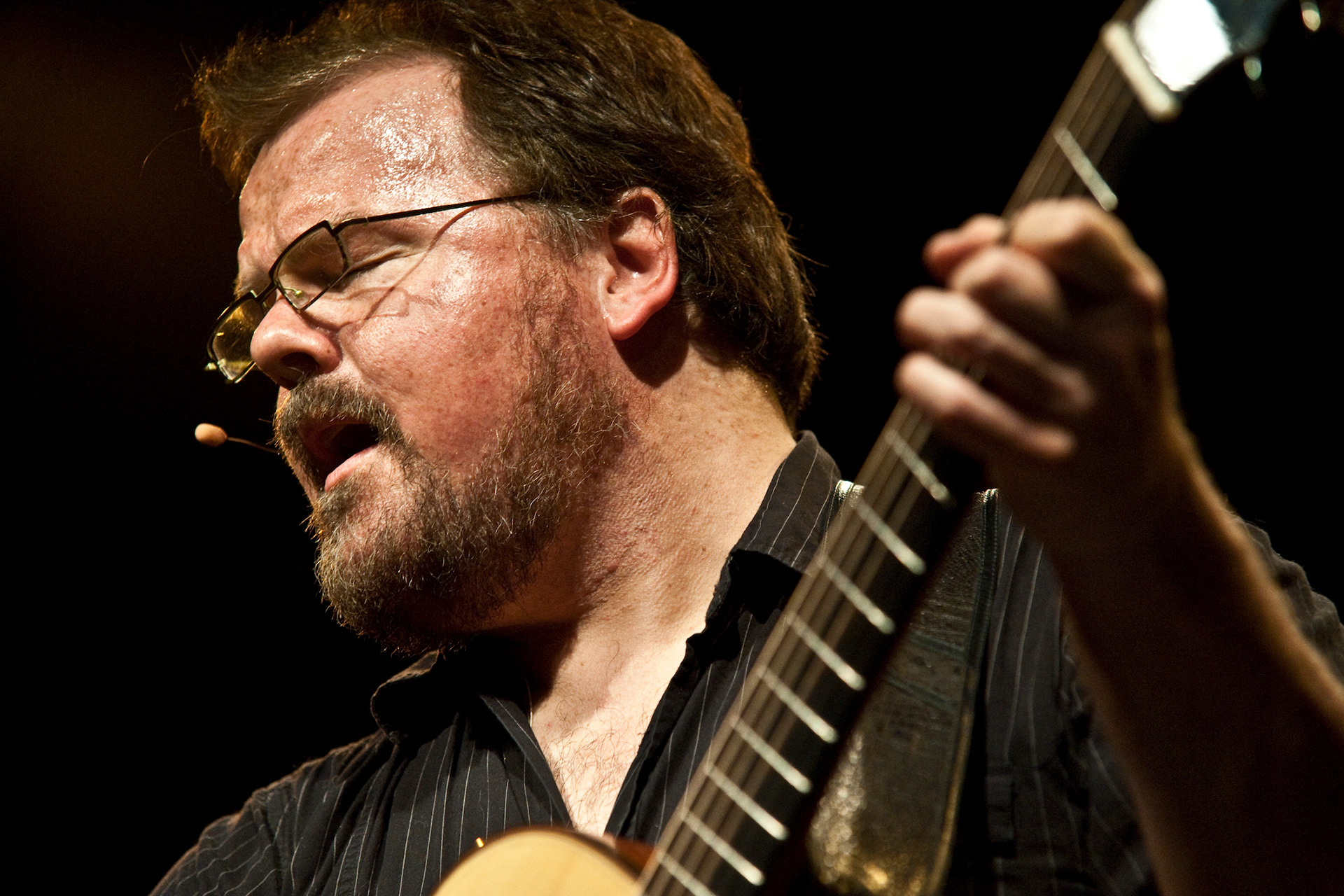 There was always a lot of music around the house. Don’s dad is an operatically-trained singer. So, the Ross kids heard plenty of voice exercises around their Montreal home as well as classical music on the record player growing up (not to mention the occasional blast of the bagpipes when Don’s dad felt like waking up the neighbours with another musical skill he acquired growing up in Scotland!).

Don eventually studied Music at Toronto’s York University. Strangely enough, he didn’t focus on guitar but rather on composition, electronic music, and sound recording. Upon graduating, he had visions of being a composer of orchestral and electronic music or film scores..certainly not any delusions of playing solo guitar for a living. What changed his mind was seeing the success of musicians like Michael Hedges, Steve Reich and Keith Jarrett, player/composers who followed their musical intuitions wherever they led and who fell more into the category of “artist” rather than “guitarist” or “pianist.”

In 1988, Don became the first Canadian to win the U.S. National Fingerpick Guitar Championship. He won again in 1996, still the only two-time winner of the competition. He signed a recording deal with Toronto-based Duke Street Records and released three CDs for them between 1989 and 1993. He then recorded three CDs for Sony/Columbia between 1994 and 1997, and then three more for Milwaukee-based Narada Records between 1999 and 2003.

With the collapse of the conventional recording industry in the early 21st century, Don entered into a new venture with Milwaukee-based CandyRat Records and its founder, Rob Poland. The move to a completely internet-based model of releasing recordings resulted in the first ever CandyRat CD, 2005’s Music for Vacuuming. Don has released numerous CDs and DVDs for the new label, including his new album, A Million Brazilian Civilians, on CD and see-through orange vinyl. In 2019, Don released Don Ross Louder Than Usual, featuring his jazz quartet.

Don has toured regularly since 1989, across Canada, the USA, a dozen European countries, Japan, Taiwan, China, Australia, Russia and India. He has played with symphony orchestras in Canada and Germany, and collaborated live and on recording with U.S. guitarist Andy McKee, Canadian singer/guitarist Brooke Miller, Canadian guitarist Calum Graham, & Toronto bassist Jordan O’Connor. He also composes scores for television, radio and film, and does production and recording engineering for a variety of other musicians. In addition to acoustic guitar, Don also plays electric guitar, slide dobro and lapsteel guitar, harp guitar, voice, piano, keyboards, bass guitar and drums. He has just started learning to play the Kelstone, a 9-string guitar developed by Belgian musician/inventor Jan Van Kelst. At this point, Don admits that learning a new instrument from scratch at this point in his career is “humbling. I’m a rank amateur Kelstone player, and I still completely suck at it!”

Don Ross grew up in Montreal, has lived at various times in Ontario, Nova Scotia, the USA, China and Quebec, and now resides in Charlottetown, Prince Edward Island, Canada.